What if Juliet could tweet? What if Romeo was a connoisseur of latte art? What if the Capulet and Montague feud played out on the field of politics?

Romilly Montague and Julian Capulet are struck with a deep mutual attraction … before they find out each other’s names. But their dads are about to slug it out for Governor of Verona City. This makes the course of true love a lot more complicated. 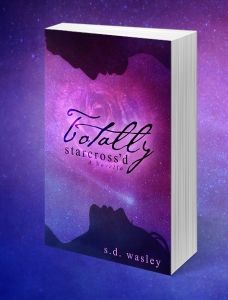 Romilly longs for the freedom to live her own life … but her dad is Alan Montague, hot contender for the job of Governor. And the bigger he gets, the more protective of Romilly her parents become.

Could Julian Capulet’s luck be worse? As if being born into the most conservative family in Verona wasn’t bad enough, the girl of his dreams is the daughter of his father’s biggest adversary in the upcoming election. His embarrassing family—especially his troublemaking younger brother—seem set to totally ruin his chances with Romilly.

For Romilly and Julian it’s never been truer that you can choose your friends but not your family. Will this story end in woe—or can there be a happily ever after for this modern-day Juliet and Romeo?

A modern day retelling of Shakespeare’s Romeo and Juliet.

99c on Amazon or Free on Kindle Unlimited

I hovered before the Picasso. It wasn’t one of his famous cubist works. It was quite a sad painting of a woman with a child.

“I wonder what made him start experimenting like he did,” came a voice beside me.

“Not sure,” I said, glancing around. A young man was standing a short distance away, gazing at the painting. I made a brief assessment: neat clothes—jeans but dressed up with a jacket. Top knot in his golden-brown hair. I dropped my gaze. Uh, flip-flops? Hmmm, hipster styling, knew about Picasso. Montague supporter for sure.

“You’re missing the debate,” I said.

I laughed. “Dragged here by your parents as well?”

He nodded, losing interest in the Picasso and coming closer. “I was only ever in it for the caviar-topped blinis.” He said this with just the right amount of irony so I knew he meant it but he was also laughing at himself. Cute and smart.

“They certainly know how to cater these political things, huh?”

I cocked my head. “And the other guy?”

“The other guy should know that the caviar isn’t dolphin safe and the wait staff are underpaid.”

I burst out laughing this time. “I hope you’re joking. I don’t want to be eating something that hurts dolphins, or accepting service from exploited workers.”

He shrugged. “I may have made up the dolphin thing. But you should probably tip the waiter generously.”

I appraised him again. This guy was intriguing. He couldn’t have been much older than my sixteen years but he conversed like a much older man. And now he was closer I saw how cute he was. Dark blue eyes, tanned skin and gorgeous angular cheeks. He investigated my face with similar interest.

“What’s your name?” he asked me unexpectedly.

I didn’t particularly want him to know I was Alan Montague’s daughter after his snappy political commentary of a few moments before. I snatched at the first thing that came into my head. “I am the girl who wanders galleries at night.”

He cracked up laughing this time. “Mysterious, indeed.” He stuck out a hand for me to shake. “Hello, Girl Who Wanders Galleries at Night.”

“Girl Who, to my friends,” I said. “Nice to meet you, Guy Who Came for the Caviar Blinis.”

“Guy Who,” he said, nodding gravely. Then we shared a grin.

Through the glass foyer walls I saw a sight that made me roll my eyes. A leggy blonde was climbing out of a sleek car in front of the gallery. “Oh, god. It’s her.”

He followed my gaze. “Her?”

“Paris Addison. In the Capulet camp,” I explained. “Her dad owns half the coal mines in the state and when she’s not tweeting about her dog or Instagramming her nail art, she’s schmoozing with the conservatives on her father’s behalf. Her dad’s trying to get a major new mine through environmental planning so the Addisons are being pretty friendly with the party most likely to help them out.” I made a face.

I’d meant it as a joke but his face fell slightly. Perhaps he was more serious about politics than I’d realized.

“Hopefully Capulet keeps his ethics in check long enough to get through the election,” he said.

I gave him a dubious glance. “Uh-huh. Let’s see how that works out.”

Pick up your copy of Totally Starcross’d on Amazon or read free on Kindle Unlimited!