Book 2 in the Ruby Riot series 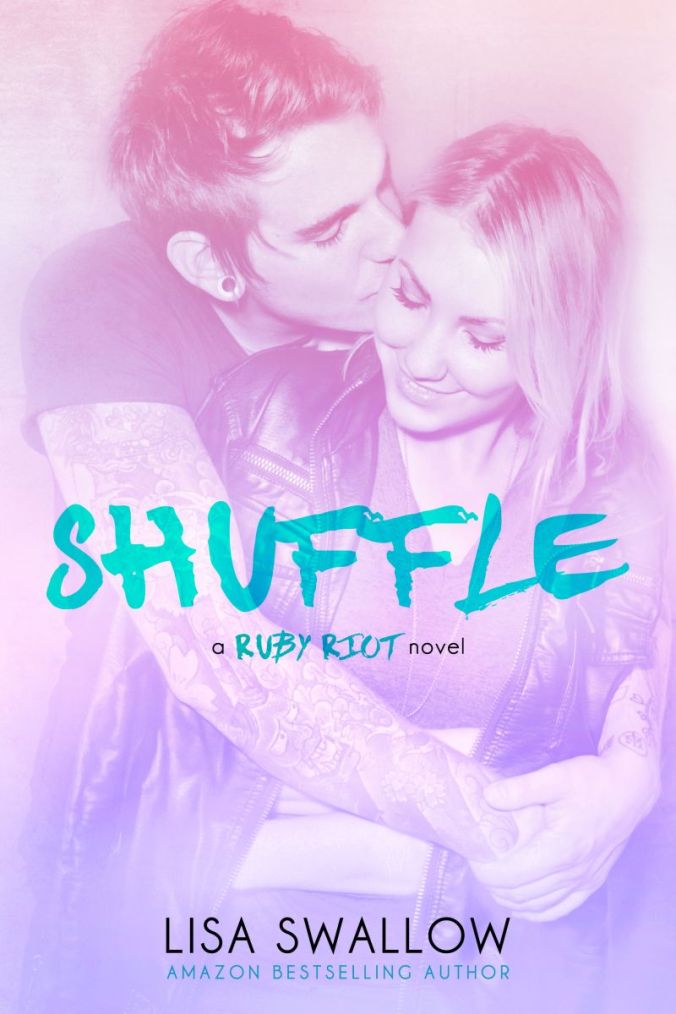 Today we are sharing the cover for SHUFFLE by Lisa Swallow. This is a contemporary romance title and the second book in the series Ruby Riot!
The book will be released January 28th and it is available for pre-order now, exclusively through Amazon.

Will Campbell, Ruby Riot bassist, is back at university and failing badly at everything apart from partying.

With Ruby Riot on a break, Will returns to university to finish his degree. He needs major help if he wants to pass his final year and attempts to join a not-very-rock star study group. Will is horrified to discover the person organising the group is Fleur Roberts, the girl he’s secretly crushed on for two years and who recently threatened him with a restraining order.

Fleur’s rock stars are history academics. She has no interest in any variety of pierced, tattooed slacker, especially not the jackass rock star who humiliated her at a party. There’s no way in Hell that Will Campbell is joining her group.

Faced with losing the easiest way to fix his academic problems, Will has the perfect solution: pretend he’s his twin, Nate. Will and Nate have swapped identities before so nothing can go wrong. Surely.

Fleur is successful academically, but her love life is a failure. Following a number of disastrous dates, she finds herself falling in love with a guy who is lying to her. But Will’s deceit isn’t the only thing about to shatter her world. When another man Fleur trusted betrays her, and she attempts to retaliate, Fleur discovers how dangerous he is. And when Will becomes involved, the repercussions threaten both of their futures.

Shuffle is the second standalone book in the Ruby Riot series and can be read separately to the first book.