Here is a snippet from a short story I produced for Evernight Teen’s blog:

How I got my nickname (by Mimi Alston)

Up until my thirteenth birthday, I would have called myself a pretty normal kid. I had a best friend, Billie; a fangirl crush on a local Indie musician called Hoodwynk, and a lingering obsession with horses. 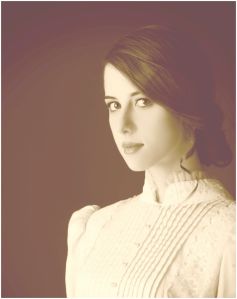 Then Hannah came into my life.

Hannah was a ghost. She died in 1893. She told me she was nineteen, and very innocent, but she’d had no money so her parents sent her to work as a servant from the time she was fifteen. She’d worked for an old lady for a couple of years, but then the old lady died so she found a job with a family. The family didn’t pay her as well, but there were no other jobs going. Her ‘mistress’ – the woman of the house – was quite demanding, and often got Hannah to tend to the children, although that was technically the nanny’s job. Then Hannah would get into trouble with the housekeeper for not getting her other chores done.

Hannah was pretty. Chestnut brown hair and fair skin, and quite tall for a girl of the 1890s. The master – the man – of the house started to notice Hannah and corner her when his wife wasn’t looking so he could kiss and touch her. Hannah hated him and felt very guilty but there was nothing she could do about it. If she complained to him or his wife, they would simply call her a liar and dismiss her. She needed the job.