I’ve been working on a new novel recently. It started with an idea (as these things do) but not much of a plot.

I started writing anyway, blithely undeterred by something as insignificant as the lack of a storyline. Fortunately, a plot emerged as I wrote and I soon found myself with a decent map of the story I was going to tell. Then the usual thing happened when the story clicks into place for me – a fast, furious writing storm from which very little can distract me! The notepad or keyboard calls me day and night.

Alas and alack! 30,000 words in, I unexpectedly found myself writing the climax of the story. Umm, that seems a little early.

That’s okay, I told myself. I’ll flesh out the earlier part later. It didn’t occur to me that, with the average young/new adult book coming in at a minumum of 60,000 words, that would be a lot of fleshing out. More fleshing than People of Walmart.

I temporarily resolved the issue with a somewhat unconventional plot device. Just when you thought this story couldn’t get any more exciting … here’s the second climax! With a second antagonist.

By now, even I was confused. Antagonists and climaxes were multiplying before my eyes. I reached a writing impasse and spent quite a bit of time staring unhappily at the computer screen, scrolling up and re-reading, interspersed with periods of frowning over my notepad, scribbling sentences that ended with question marks.

I’m very proud when it comes to my writing. I don’t like to ask for help. I like to create the story, characters and action all by myself, solving plot quandaries and building personalities with fierce independence. I also feel weird about describing my storylines to people. While I have faith in my written words, I’m always scared I might bore the listener by describing them. The other, more irrational part of my fear is that, by sharing the story and throwing it around with someone else, I am somehow relinquishing my full ownership of the story. Oh god, am I going to have to list a co-author now? 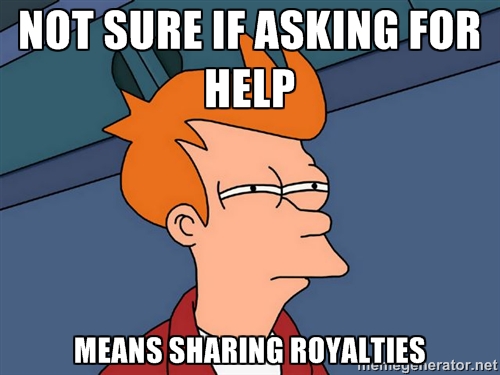 Fortunately, I have a very cool, supportive and enthusiastic partner. During a long car ride where he was essentially a captive audience, I took a deep breath and prepared to dump the story on him in the hope that he might be able to see where I’d gone wrong. He’s highly logical and a master of spotting plot holes, perhaps due to his passion for film.

As I explained the story to him, I watched carefully for the sure signs of poor plotting: a raised eyebrow; a frown; an extended errrrr. It was he who asked who the main antagonist was and questioned that character’s motives; he who frowned as I related an unlikely thing my main character would do; and he who said errrr as I described a police procedure that he found unrealistic.

One twenty minute conversation and a bunch of salient questions later – and my plot problems were resolved! The moral of this rambling tale is that I’ve rediscovered (because I’m pretty sure this has all happened before) that it’s okay to seek help when I write. It doesn’t mean I’ve given away some of my right to claim authorship. It means the ideas and actions in the story are tested for readability, probability and believability. I shall now celebrate with a short sample from this new novel (below). 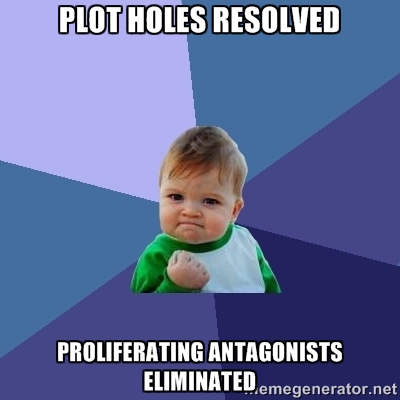 Excerpt from my latest work

I’d seen Kate in the morning and she’d read me the riot act about my academic career. She actually used a racehorse analogy. She said, look Will, when you start out in academia you need to be lean, competitive and … like a thoroughbred – consistently triumphant. You need to win a lot. Be fast to publish, brilliant at your work; ground breaking and award winning. You’ve got all that happening, but you’ve gone lame suddenly. You can’t be a successful lame thoroughbred, Will. You can afford to soften up as you get older, when you’ve established yourself. But if you start that now, there’s a bunch of leaner, younger thoroughbreds waiting at the gates.

The analogy was breathtaking. I almost couldn’t reply, I was so astonished she’d actually used it on me. It might have been the first pep talk I’ve ever been given (I was never sporty so I didn’t have any inspirational coaches during high school).

It impressed me. I promised to do whatever it is racehorses do to stay in shape and keep winning. Then at night, when I should have been structuring the next chapter of my dissertation, reviewing course notes for Ancient Texts, and prepping my application for a post-doctoral publishing stipend, I messaged Laura and asked her to come around. Rather like a randy fourteen year old whose parents are out for the evening.

2 thoughts on “The writing process (and process failure)”